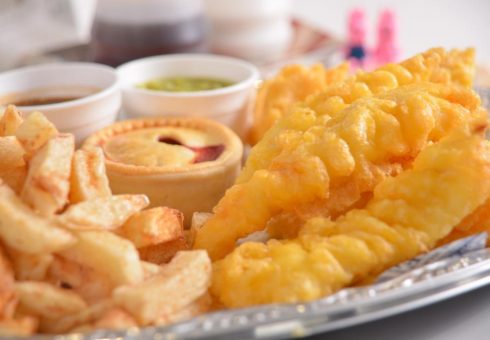 Opened in July 2014 and situated in front of Roppongi Midtown, Malins offers truly authentic, hearty and scrumptious British fish & chips, something that has been impossible to come by in Japan. Malins is the only shop in Asia officially certified by the British National Federation of Fish Friers, which was established in 1913. The chef, a British national, was trained by the federation NFFF before opening the restaurant.

The wild cod and other seasonal fresh fish are sourced every week directly from the Toyosu fish market and the menu will change according to the weekly selection of the chef. The potatoes come from Hokkaido and everything is cooked in vegetable oil making a very light, crispy batter covering the succulent fish. Unlike fish fried in animal fat, Malins fish and chips are better for you whilst retaining the authentic taste. The shop is open every day of the week, allowing hungry diners the chance to enjoy delicious fish and chips almost any time they want.

A regular order with a side of mushy peas is ¥1,404, while a large portion is ¥1,728. In addition to fish and chips, other British delicacies such as chicken, battered sausage, fish cakes and Cornish style pasties are also available. Dining in, take away or delivery upon request, the décor and packaging features British newspapers giving the feeling of being in London. 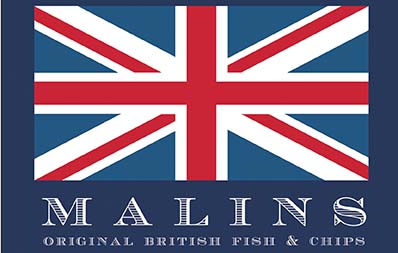